Thank you for connecting! To find out more information about the release of my upcoming book, “Freelance to Freedom” , and to receive the first chapter of the book, enter your email address here! 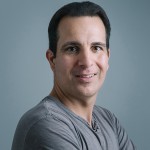 Vincent and his wife Elizabeth (the better photographer of the two) live in Pittsburgh, Pennsylvania where they have three boys whom they homeschool. Vincent has been a professional photojournalist for more than twenty years. His photographs have been published throughout the world in nearly every major magazine and newspaper. He has traveled the United States photographing the biggest events in sports and news, including the Super Bowl, the World Series, the Stanley Cup Finals, The Kentucky Derby and even Wrestlemania!

In addition to his sports work, Vincent and his wife Elizabeth own and run Elizabeth Vincent Photography, one of Pittsburgh’s premier wedding and corporate photographers.

Praise for Freelance to Freedom

Freelance To Freedom is the roadmap to define and realize financial and life success. It is a must read for everyone who wants to be in the drivers seat of their own future.
– Deb Ingino CEO  StrengthLeader.com

In the film, The Matrix, Neo is sleepwalking through his cubicle-confined workday and going home to his grungy little apartment at night, all the while feeling that something’s not quite right. Through a surreal turn of events, he suddenly finds himself confronted with the decision to take the red pill or the blue pill. Blue puts you back to sleep. Red launches you down the rabbit hole to a shocking reality.

Reading this book is the equivalent of swallowing the red pill. But this time it’s real – and it’s your life.

This book is different from the many, many other self-help books I have read. Pugliese is a grounded-in-reality, middle-class guy who has come through the fire. He tells it like it is – from his bad-boy youth, know-it-all attitude, lack of goals, and screw-ups leading to $140,000 in debt, to building a life that now allows him to spend extensive quality time with his family and do work that he loves – debt-free.

Reading this book changed me. Now I simply can’t look at traditional employment and money the same way I used to, and I’m making major life changes for the better as a result.

Looking for something to inspire you to build a life that you control instead of the other way around? This is your book.
– Deb B.

Freelance to Freedom is a completely candid and sometimes brutally honest look into Vincent Pugliese’s extraordinarily focused journey from the new normal of debt, debt and more debt to absolute financial freedom! Vincent Pugliese doesn’t just write about his and his family’s determined and successful experience, but makes sure, through this motivating and fascinating read, that the possibilities are endless for us all. Amidst intense hardships and sometimes seemingly endless sacrifice, Vincent and his wife Elizabeth stay the course and take their family to the almost unchartered territory of unconditional financial independence!

As you dive into Freelance to Freedom, expect encouragement and instruction on everything from accountability to the power of a smile to the liberty of a scream and to abundant self-discovery. Vincent’s no holds barred approach to living a life steeped in the joy of family and one’s own daily choices over the fear of job insecurity and being a prisoner to someone else’s schedule. It brings hope, excitement and new found familiarities!
– Penny S.